Shared success is based on partnership and alignment. Our business is about much more than real estate. It is about the operators who run the communities and the residents who call our buildings home. 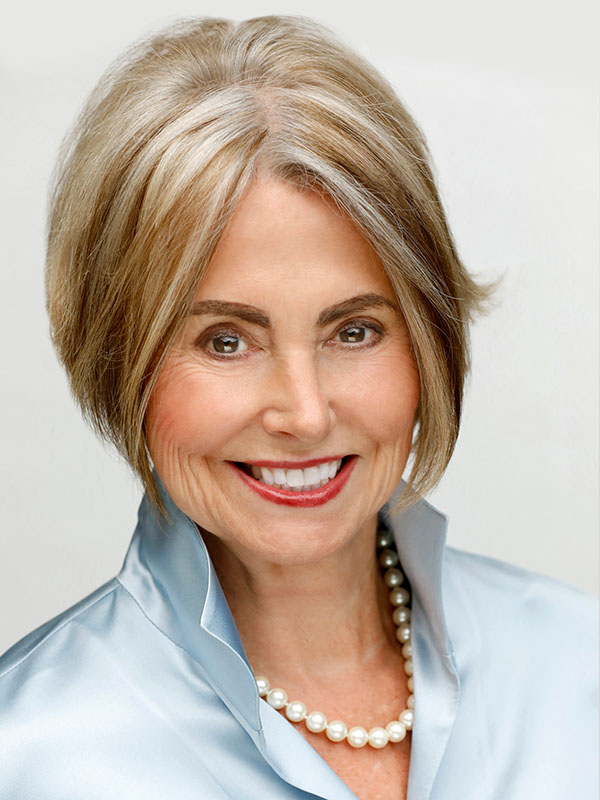 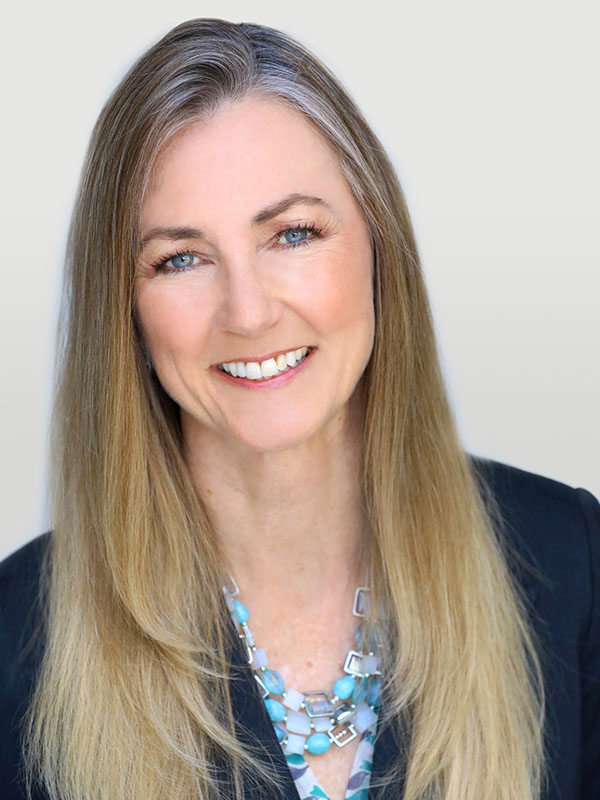 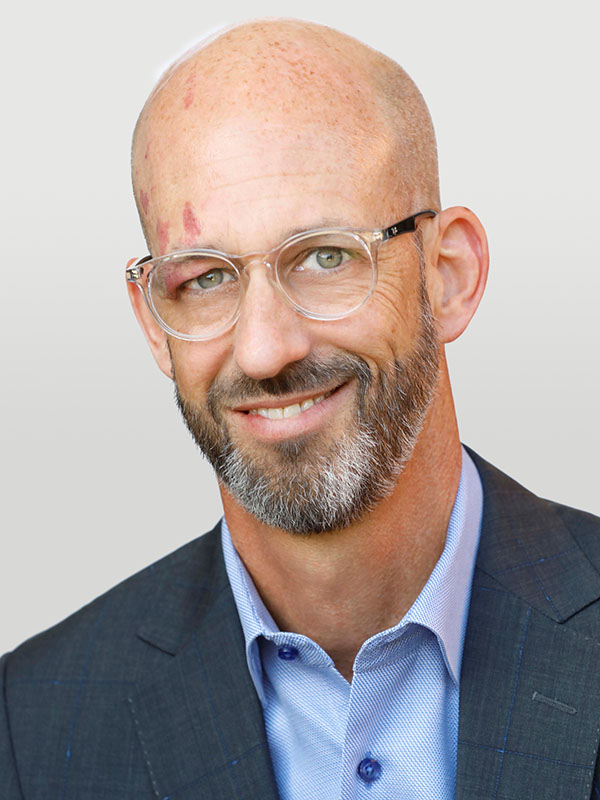 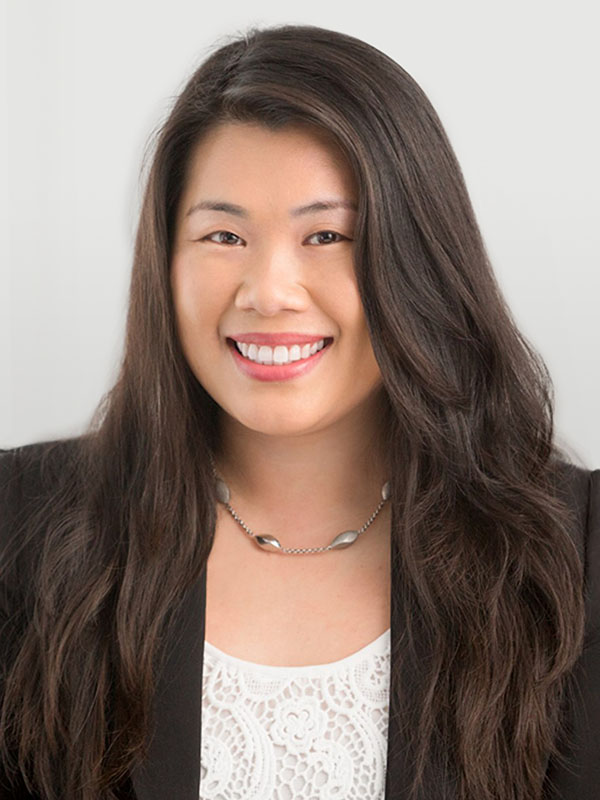 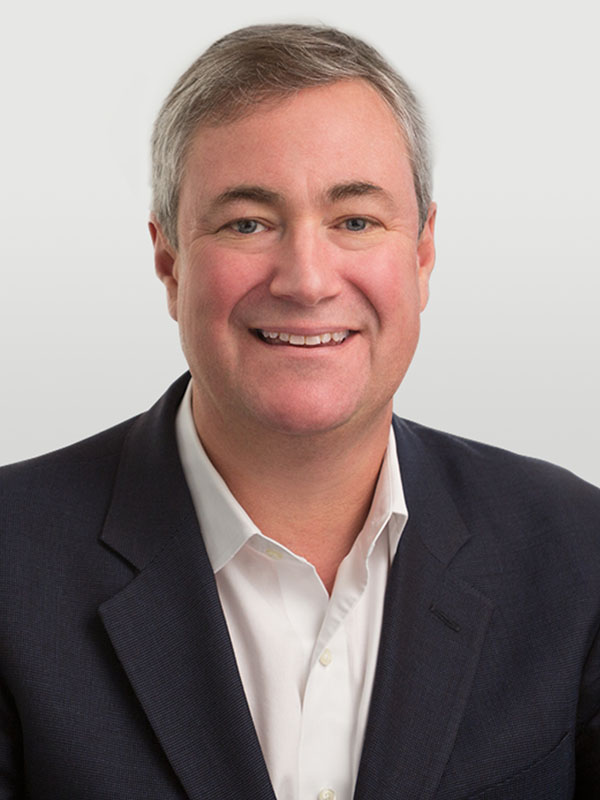 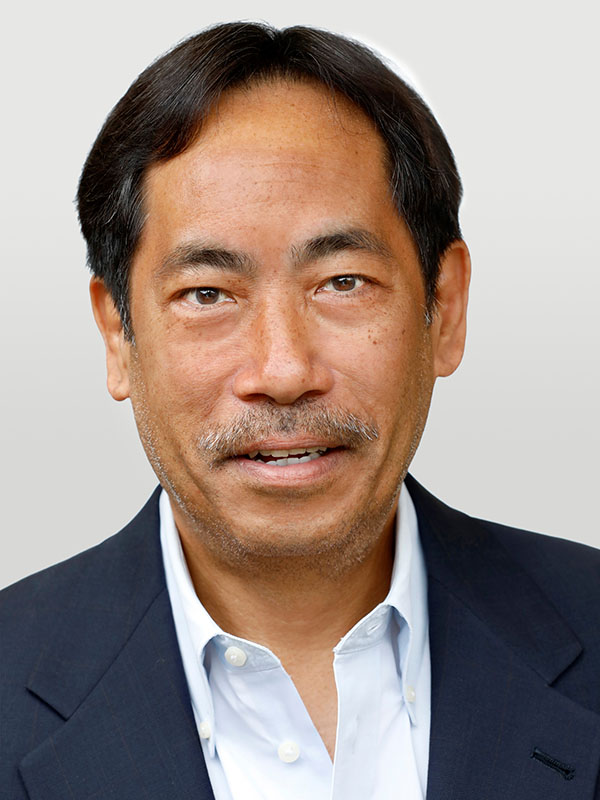 Vice President and Director of Tax 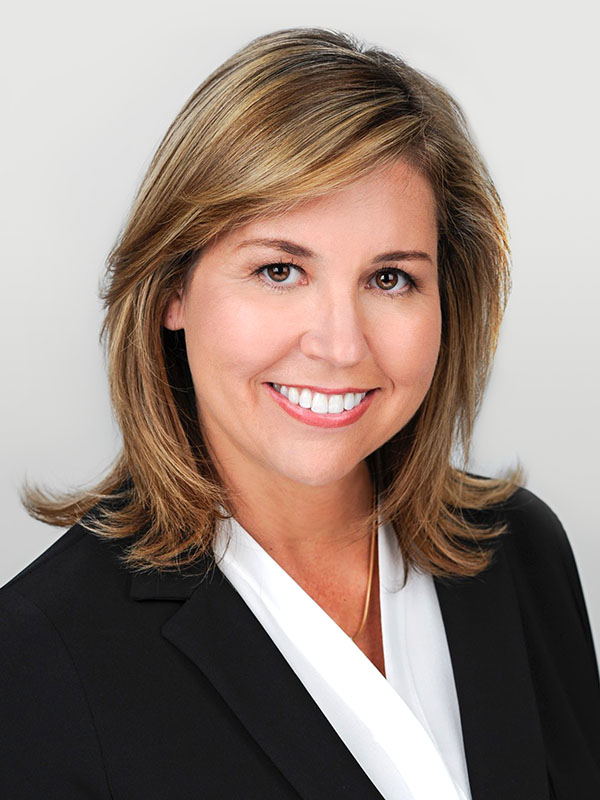 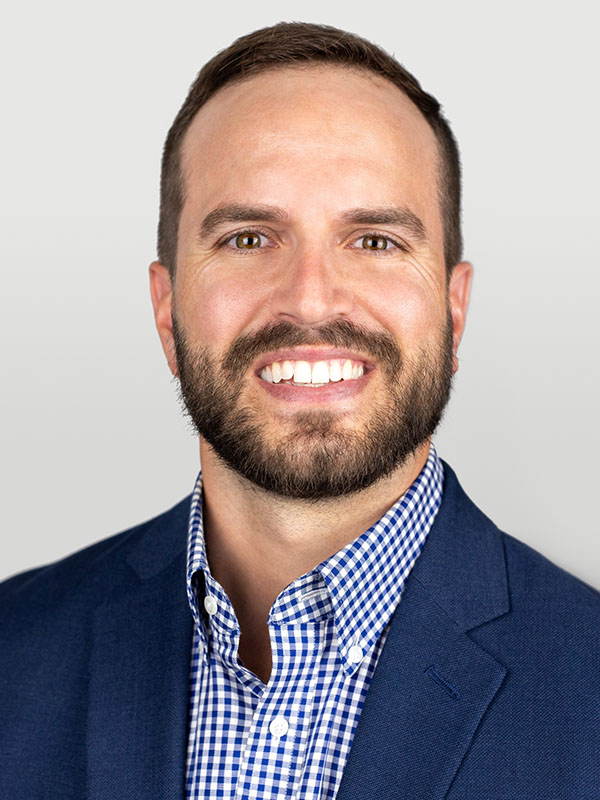 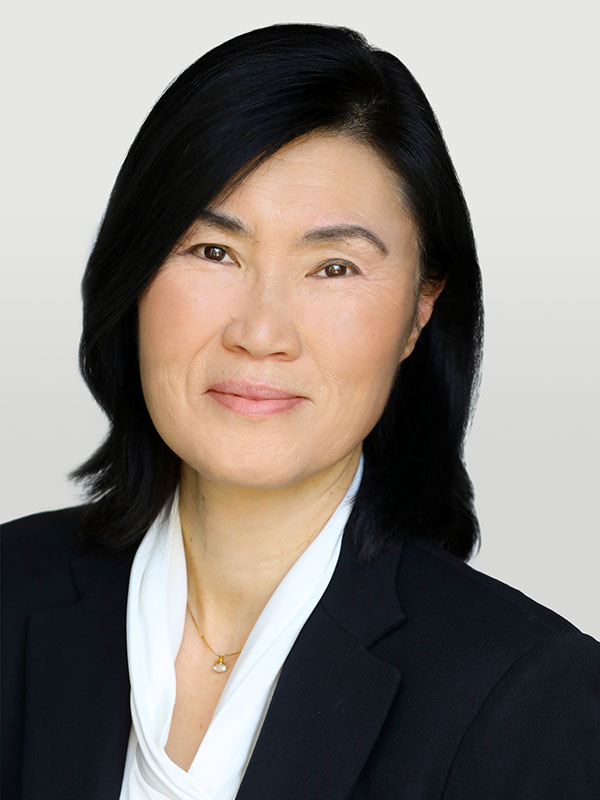 Wendy Simpson has been LTC’s CEO and President since 2007 and was appointed Chairman of the Board in 2013. She joined the company in 2000 as Vice Chairman and has also served as Treasurer, Chief Financial Officer and Chief Operating Officer. Prior to joining LTC, Wendy held executive positions in public companies that owned acute care hospitals, LTACHs, psychiatric hospitals and home health services. She began her career in public accounting and has more than 25 years in health care related businesses.

Pam Kessler was appointed co-president in May, 2020. She has been LTC’s Executive Vice President, Chief Financial Officer and Secretary since 2010. She joined LTC in 2000 as Vice President, Controller and Secretary and also served as Chief Financial Officer. Prior to joining LTC, Pam was the Corporate Controller for a privately held commercial and multifamily real estate developer. She was also the Director of Financial Reporting for Irvine Apartment Communities, a Southern California apartment REIT. Additionally, Pam served as the Assistant Controller of the Inland Empire division of KB Home, a publicly traded homebuilder. Pam began her career as a certified public accountant at Ernst & Young.

Clint Malin was appointed co-president in May, 2020. He has been LTC’s Executive Vice President and Chief Investment Officer since 2012. He joined LTC in 2004 as Vice President and Chief Investment Officer. Prior to joining LTC, Clint was the Vice President of Corporate Real Estate for Sun Healthcare Group, Inc. (now Genesis HealthCare) where he was responsible for acquisitions and portfolio management. Clint began his career in public accounting working for KPMG and Arthur Andersen.

Doug Korey has been LTC’s Executive Vice President of Business Development since 2020. He joined LTC in 2015 as Senior Vice President of Business Development. Prior to joining LTC, Doug was president of Lancaster Pollard Finance Co. Previously he was a co-founder, partner and managing director of Contemporary Healthcare Capital. Doug has over 25 years of structured finance experience and has financed over $1 billion of debt and equity to the senior housing and long-term care industry.

Gibson Satterwhite has been LTC’s Senior Vice President of Asset Management since 2020. He joined LTC in 2016 as an Asset Manager and has also served as Vice President, Asset Management. Prior to joining LTC, Gibson held executive financial positions in privately held companies in seniors housing and manufacturing. Gibson began his career in equity research at Citigroup Asset Management and has over 15 years of investment and operations experience.

Vice President and Director of Tax

Peter Lyew has been LTC’s Vice President and Director of Tax since 2001. He joined LTC in 2000 as Director of Tax. Prior to joining LTC, he held tax management positions with Sun America Affordable Housing, where he specialized in real estate partnerships. Formerly, he was with Ernst & Young, Kenneth Leventhal and Arthur Andersen & Company.

Mandi Hogan has been LTC’s Vice President of Marketing since 2018. She joined LTC in 2016 as Director of Marketing. Prior to joining LTC, Mandi acquired over 25 years sales and marketing experience across multiple industries including: television media, natural products, luxury real estate and tech startups.

Michael Bowden has been LTC’s Vice President of Investments since 2019. He joined LTC in 2016 as a Senior Analyst. Prior to joining LTC, he held positions at a high net worth single-family office and The Carlyle Group. Mike began his career at Ernst & Young and has over 10 years of financial experience.

Rachel Son has been LTC’s Vice President and Controller since July 2020. Prior to joining LTC, Rachel was Senior Vice President at Bank of America where she held various financial leadership positions of increasing responsibility focused on accounting, reporting, internal controls, and system implementation. Rachel began her career as a certified public accountant at PricewaterhouseCoopers in Los Angeles, California.

LEAD DIRECTOR - LTC BOARD MEMBER SINCE 2005

LTC BOARD MEMBER SINCE 2021

LTC BOARD MEMBER SINCE 2014

LTC BOARD MEMBER SINCE 2009

LTC BOARD MEMBER SINCE 1995

LTC BOARD MEMBER SINCE 2000

LEAD DIRECTOR - LTC BOARD MEMBER SINCE 2005

Boyd Hendrickson served as the Chief Executive Officer of Skilled Healthcare Group, Inc. (SHG) for 11 years starting in April 2002, and also served on its Board from August 2003 through November 2013. He was Chairman of the SHG Board from December 2005 through November 2013, and served as a consultant to the company from November 2013 through December 2014. SHG, an owner and operator of skilled nursing and assisted living facilities, was acquired by Genesis HealthCare, Inc. (NYSE: GEN) in February 2015. Prior to joining SHG, Mr. Hendrickson was the President and Chief Executive Officer of Evergreen Healthcare, LLC, an operator of long-term health care facilities. Additionally, he has served as a managing member of Executive Search Solutions, LLC, a provider of recruiting services to the health care services industry, since 2005. Mr. Hendrickson is a member of the Board of Directors of Earthling Interactive, a private software development company, and is a former member of the senior management teams and Boards of Beverly Enterprises, Inc. and Hallmark Health Services.

Mr. Hendrickson was nominated to serve as an LTC director for the current term due to his prior service as an independent director of LTC, past executive and director experience with other public companies, and his multi-decade involvement in the health care industry.

LTC BOARD MEMBER SINCE 2021

Cornelia Cheng is a Managing Director and runs the Western Region for MGG Investment Group. She is responsible for originating, underwriting and managing investments across the MGG platform. She is also a member of the MGG ESG Committee. Cornelia was previously Managing Director, Western Region Investments with direct lending fund Brightwood Capital Advisors, LLC. Prior to Brightwood, she was regional head of the greater Los Angeles Investment Team for Prudential Private Capital, where she spent 15 years sourcing, executing and managing a portfolio of private placement senior debt, mezzanine debt and minority equity investments in middle-market companies across a range of industries. She previously held positions at investment bank CIBC World Markets, and at First Interstate Bank.

She volunteers on the Board of ACG Los Angeles, chairs it’s DEI Committee and co-chairs ACG Global’s DEI Taskforce. Cornelia is a former board member of the Archer School for Girls and is actively involved with several women and minority-focused leadership and professional development groups.

LTC BOARD MEMBER SINCE 2014

James Pieczynski is currently President of the CapitalSource division of Pacific Western Bank, and a member of the Boards of Directors of Pacific Western Bank and PacWest Bancorp. He was a member of the Board of Directors of CapitalSource, Inc. (CSE) from January 2010 until April 2014 when CSE was acquired by PacWest Bancorp. Mr. Pieczynski served as Chief Executive Officer of CSE from January 2012 until the acquisition, as CSE’s Co-Chief Executive Officer from January 2010 through December 2011, its President—Healthcare Real Estate Business from November 2008 until January 2010, and its Co-President—Healthcare and Specialty Finance from January 2006 until November 2008. CSE was a publicly held bank providing commercial loans to small and middle-market businesses nationwide, and depository products and services in southern and central California. Mr. Pieczynski was an executive officer of LTC from 1994 to 2001, and was a member of the company’s Board of Directors from 1997 to 2001. Mr. Pieczynski was nominated to serve as an LTC director for the current term due to his prior service as an executive officer and director of LTC, his recent position as Chief Executive Officer of a public financial company, his years of experience in financial and executive positions with health care companies, and his expertise in accounting, financial reporting and controls.

LTC BOARD MEMBER SINCE 2009

Devra Shapiro served as Chief Financial Officer of IPC Healthcare, Inc. (IPC) from the time she joined IPC in March 1998 through October 2011. From 2011 to her retirement in 2014, she served as IPC's Chief Administrative Officer. IPC was a publicly traded national physician group practice company focused on the delivery of acute and post-acute hospitalist medicine services which was acquired by Team Health in 2015. Prior to joining IPC, Ms. Shapiro held Chief Financial Officer and other executive financial positions with several health care companies, and served in the health care practice of an international accounting firm for 11 years. Formerly, she was with Arthur Andersen & Company. Ms. Shapiro was nominated to serve as an LTC director for the current term due to her prior service as a director of LTC, her 16 years experience as a senior executive of a public health care company, her many years of experience in financial and executive positions with health care companies and in public accounting, and her expertise in accounting, financial reporting and controls.

LTC BOARD MEMBER SINCE 1995

Wendy Simpson has been LTC’s CEO and President since 2007, and its Chairman of the Board since 2013. Since joining the company in 2000 as Vice Chairman, Ms. Simpson has served as LTC’s Treasurer, Chief Financial Officer and Chief Operating Officer. With more than 25 years of experience at health care-related businesses, Ms. Simpson has held executive positions of increasing responsibility at publicly traded companies that own acute care hospitals, long-term acute care hospitals, psychiatric hospitals and home health services. She began her career in public accounting. Ms. Simpson has served on the boards of CLC Healthcare Inc., an operator of nursing facilities, since 2001 and Community Psychiatric Centers, a provider of behavioral health services, since 1996. Ms. Simpson was nominated to serve as an LTC director for the current term due to her prior service as an executive and director of LTC, her deep understanding of the company's historical and current business and financial operations, and because LTC’s Corporate Governance Guidelines require that the company’s CEO be nominated to serve on its Board.

LTC BOARD MEMBER SINCE 2000

Dr. Triche brings to the Board of LTC Properties, Inc. his experience as current and past executive and director experience with other health care companies, and his overall background in the health care industry.

Let’s partner to create something amazing.

We’d love to hear from you, we’re constantly thinking outside of the REIT box to develop creative financing solutions.